The end of 2014 saw a major shift in global oil production as the United States passed Saudi Arabia as the world’s largest oil producer. As OPEC (Organization of the Petroleum Exporting Countries) has seen the American Oil industry expand they have seen their own control over oil prices slipping. In reaction, OPEC determined last fall not to curtail oil supply even as it appeared supply would soon exceed demand. Now, four months into 2015, we are seeing the lowest crude oil prices since 2008.

With crude oil, and in turn the price at the pump, continuing to drop many are wondering how long this can last and how low will crude oil prices go? Already the U.S. is seeing some contraction within the fracking industry as prices drop. While a “price war” may seem to benefit the economy, there are a still number of questions to consider. Chief among these being how long will OPEC continue at this production rate and how low will oil prices drop?

By 2013, the United States was already producing 3.5 million barrels of shale oil. Given the new American supply, high prices could simply not hold. “It was not feasible for the Saudis to defend $100 a barrel,” Professor Hamilton said. “It was a losing strategy. Fracking would have taken more of the market.”  http://www.nytimes.com/2015/01/21/business/economy/washingtons-role-in-oil-prices-recent-fall.html

With OPEC countries having stockpiled cash, several hundred billion dollars worth, over the last several years many experts predict crude oil prices could go as low as $20 barrel.

The Nebraska Supreme Court has ruled on the Keystone XL Pipeline project striking down the district court ruling and clearing the way for the State Department to move forward on the project. Because the proposed pipeline would cross the U.S.-Canadian border, the State Department must rule that the project is in the United States’ national interest and grant a permit. http://www.latimes.com/nation/la-na-nebraska-keystone-pipeline-20150109-story.html#page=1

While there is no single narrative on the Keystone XL project, the most simplified version goes something like this: environmentalists oppose the pipeline for the added carbon emissions due to refinement and the risk of pipeline spills contaminating the Ogallala Aquifer. Supporters are in favor of the XL project because it creates jobs and will bring billions of dollars into the local and US economies.

The State Department must now consider the national interest at a time when crude oil prices are six year low and will likely continue to be depressed. As OPEC continues to combat the US fracking industry in a price war the short term pay off for a project such as the XL pipeline may be almost negligible. By the same token, a large suppl of low priced crude oil will not continue indefinitely. Look for the permit to be granted putting the project squarely in front of the GOP and the White House.

In a preemptive move The White House has announced that the President will likely veto fresh legislation seeking to approve the controversial Keystone pipeline. This is the same legislation that failed to pass in November, when Democrats were in control of the Senate. Now, with a GOP-controlled congress, the pipeline has become a top-agenda item.

Those opposed to the Keystone Pipeline project cite, among other things, the added carbon footprint to refine oil delivered from Canada’s oil sand reserves (about 17% more carbon emissions during refinement). These added emissions along with creating only temporary US jobs during the construction phase leave many to question the value of such a project.

Meanwhile, supporters for the Keystone project argue that the $5.3 billion dollar influx and the 42,000 temporary jobs created would be a welcome influx to the local and US economy. Additionally, this is oil that is already moving by rail from Canada to the Gulf states, and most agree the pipeline would be a safer way to move the oil with less chance of a spill.

As the GOP prepares to bring the Keystone XL project up for vote, and the White House is threatening a veto, one detail that can’t be overlooked is the upcoming ruling of the Nebraska courts. In 2014 the State Department halted review on the project when the Nebraska district court blocked the Governor’s decision to allow the pipeline to pass through the state. The Nebraska district court ruled that the Governor did not have the authority to make this decision. If this ruling holds up in the Nebraska Supreme Court TransCanada may have to resubmit applications for permits, a process that could take months or even years.

So as the GOP and the White House prepare for legislation on the Pipeline both sides will be watching to see what the Nebraska Supreme Court has to say on the matter. 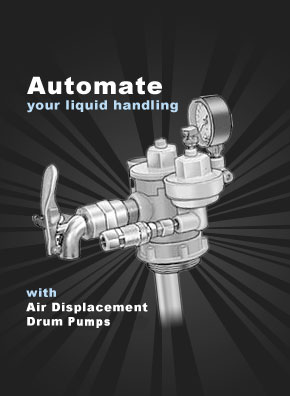